David Ricardo developed the Ricardian theory of rent in his famous book “Principles of Political Economy and Taxation,” which was published in 1817 A. D. “Rent is that portion of the earth’s produce that is paid to the landlord for the use of the original and indestructible power of the soil,” Ricardo says.

This theory makes the following assumptions:-

What is the Ricardian Rent theory?

David Ricardo defines Rent as the difference between the production of marginal land (on which no rent is paid) and superior land. Because there is a general tendency to move from the most fertile land (which attracts the highest rent) to the least productive land, there comes the point where no rent accrues to what is known as marginal land. As a result, Ricardo classified land into various grades based on fertility. The most fertile land will command the highest rent, while marginal land will command no rent, indicating that it is infertile.

The Ricardian theory of rent states that land rent is determined by the amount of labor required to cultivate it. The theory is based on how land is divided into plots and how much labor is needed to produce crops and raise livestock for each plot.

The Ricardian theory of rent under extensive cultivation

One of the most well-known theories in agricultural economics is the Ricardian theory of rent under extensive cultivation. According to the idea, land rent is determined by the labor required to cultivate it. Many plots of land are used to increase farm output during extensive cultivation. Four grades of land, all of which are the same size but of varying quality, are assumed by Ricardo. A, B, C, and D grades of land are ranked in decreasing order of fertility. Because grade A land is the most fertile, people cultivate it.

People cultivate in successive grades of land designated B, C, and D if there is a greater demand for food grains. Grade D land is referred to as marginal land as it is the least fertile and only covers the cost of production. The exact amount of labor and capital is used to cultivate every grade of land.

Rent is the surplus that intramarginal land produces over marginal land when it is extensively farmed. As a result, rent is earned on all land grades that make more than marginal land. The following schedule and diagram can be used to explain rent under extensive cultivation:- 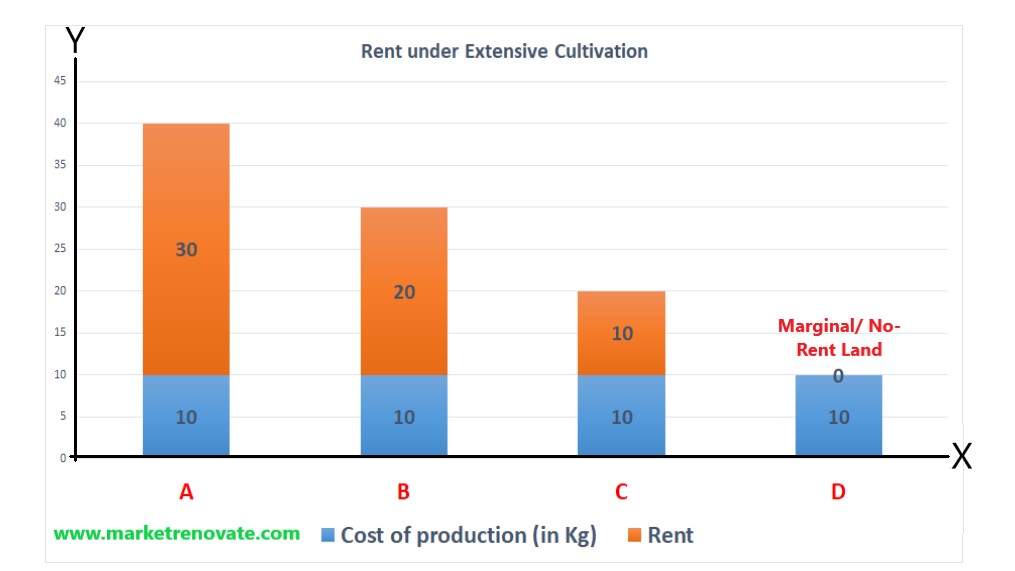 The Ricardian theory of rent under intensive cultivation

According to the Ricardian theory of rent under intensive cultivation, all land has the same rent regardless of the type of cultivation on it. To increase production, intensive cultivation involves using more labor and capital on the same plots of land. ‘The application of the law of diminishing returns in land cultivation’ is the cause of the rent in this instance. According to this law, the total product increases at a diminishing rate as more and more labor and capital units are used on a given plot of land per unit of time.

The following schedule and diagram can be used to explain rent under intensive cultivation:- 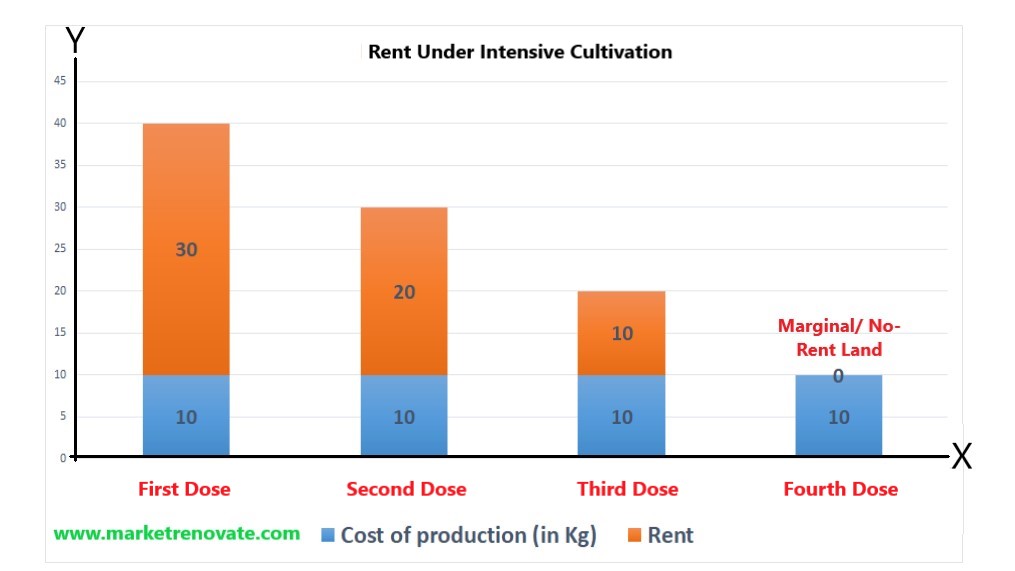 The input and output doses are represented in the above figure along the x- and y-axes, respectively. The orange-shaded area shows the rent obtained using various input doses. Because, in intensive cultivation, the rent represents the difference between the output produced by an intra-marginal quantity of input and the marginal amount of input, only the cost of the fourth dose is covered by production. It receives no rent.

Criticisms of Ricardian Theory of Rent:

The Ricardian theory of rent was criticized and questioned on various grounds. According to some economists, Ricardo made some irrational assumptions. For instance, they questioned the rationale behind prioritizing the most fertile land over less fertile ones. Moreover, According to “modern” economists, rent can also grow on other determinants of production and grows as a result of a factor’s scarcity rather than its fertility. Additionally, while Ricardo thought all plots would cost the same, this is not the case. Some of the major criticisms of the Ricardian Theory of Rent are explained as follows:

a. There are no original and indestructible soil powers:

The Ricardian theory is predicated on the premise that the best soils are cultivated first. However, it is historically incorrect. According to historical evidence, people will first cultivate land that is easily accessible and close to more significant markets or towns.

Ricardo bases his theory on no-rent land. However, critics argue that no rent land exists in our everyday lives. Even inferior land receives some rent in densely populated areas.

d. Rent arises as a result of scarcity:

The Ricardian theory of rent relies on the notion that rent arises because lands vary in fertility. However, this is not the case. Rent arises not because of land fertility but because the land is scarce in relation to demand.

Rent is a long-term phenomenon, according to this theory. It is unrealistic, though, because rent also emerges in the short term when the supply of factors is fixed.

f. Perfect competition is not found in real life:

g. Not a comprehensive theory of rent:

Ricardian theory only explains how the share of land, or rent, is determined from the perspective of the entire economy. However, it does not explain how rent is calculated from a company’s perspective or industry.

The Ricardian Theory of Rent is a rent theory proposed by economist David Ricardo in 1817. According to the theory, rent is determined by the difference in produce from intensive and extensive cultivation. 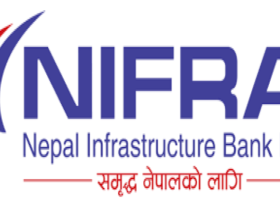 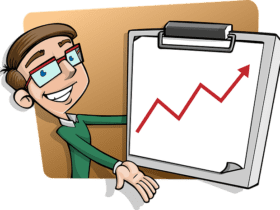